Tonight my youngest son, Michael and his wife, Jody and their three sons, Dustin, Zachary and Nicholas included me in their plans for a night at Principal Park to watch an Iowa Cubs game.  It started out rainy but we knew there was going to be a break in the rain so we sat in our seats while it continued to sprinkle down on us.

It was the first I-Cubs game I've attended and it was a good one.  They were ahead, then they were behind by six for several innings.  It's the bottom of the ninth, the score is 10 to 9.  Jody and I have determined that there will be no overtime as the boys need to get home to bed.  Well, to make a long story short, the batter slammed it and brought in the runners on third and first to win the game.  You just had to be there to feel the excitement!  The best part was the fireworks at the end to celebrate the win.  What a fantastic display!  Oh, it did quit raining before the game began and turned out to be a beautiful spring evening.

The other night, while going through some ideas I had printed, I came across the one for this Mini Album.  I don't have a name for the person from whom I CASEd it, but I do thank her.  The pictures aren't the best quality but it will give you an idea of what it should look like.  I used the Fast and Fabulous stamp set that my generous upline so kindly blessed me with. 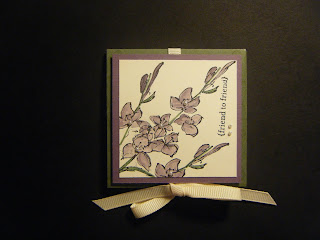 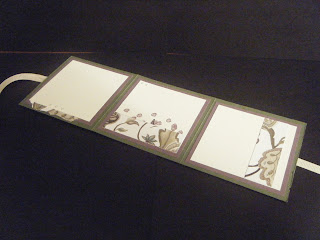 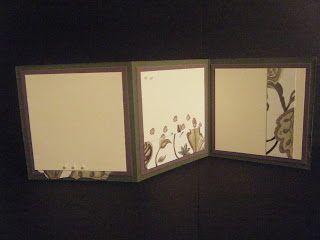