The wind is still blowing at about 30 mph.  They won't diminish until tomorrow early morning and we are still under a blizzard warning.  There is 12 inches of snow on the ground.  The temperatures are dropping into the single digits.  High tomorrow is going to be a whopping 20 degrees.  Go check out 511IA.org and you'll see a lot of roads are closed all over the state.  But, woo! hoo!  The snow predicted for Christmas Day is not going to come our way.

I wanted to share some photos I took.  The first one is at 7 p.m. last night about an hour and a half into the snowfall.  Notice there is no snowdrift between my car and my neighbor's car.  The second one was taken at 7 a.m. this morning.  Notice the snowdrifts that now surround my car and filled up the space between our cars.  No, I did not go out and clean it off.  The drift can stay on my front step until tomorrow after the wind goes away.  The third photo is just a picture of how much snow was coming down.  At one point it was nearly two inches an hour.

Oh, and we had thunder snow!  Now that is so cool to see lightning and hear thunder during a snow storm! 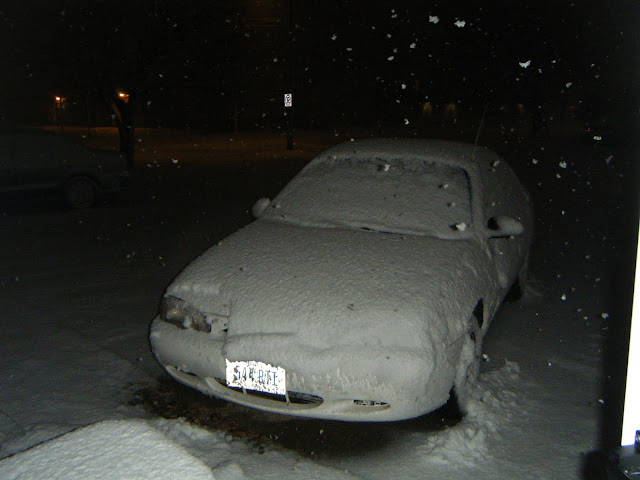 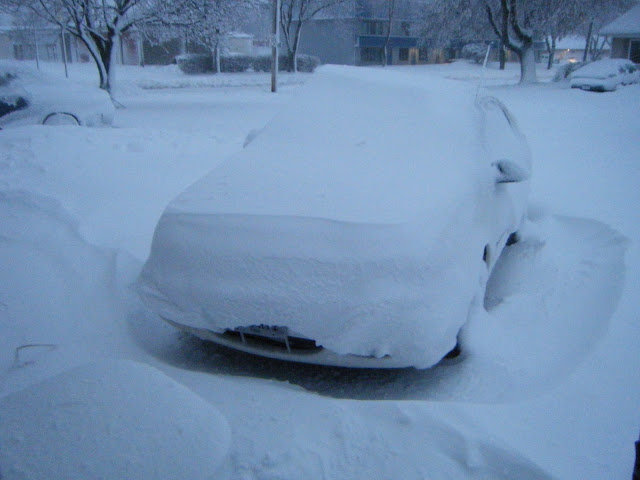 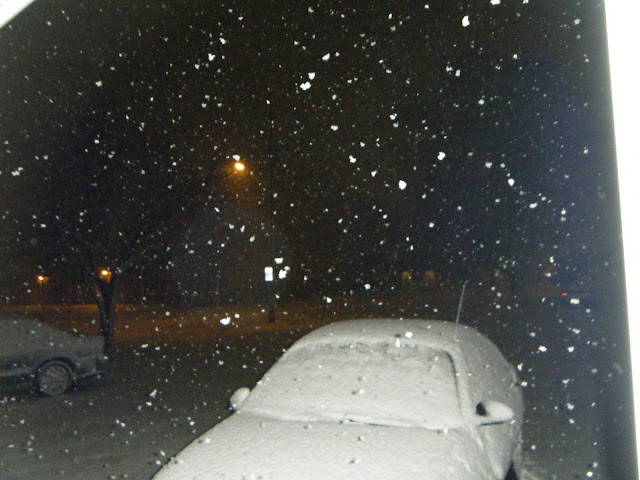