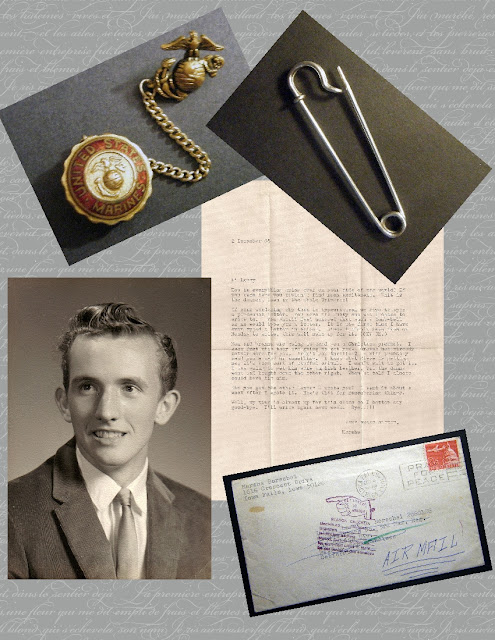 Larry graduated in 1963 and shortly thereafter went into the Marine Corps.  In 1965 we were given the news that he had been killed in Vietnam.  I share with you today a few of the mementos I have of my big brother.  His graduation picture on the lower left, my last letter to him that was returned to unopened and one of the horse blanket pins that Grandpa Lamb gave to my mother when Larry was born.  She gave me this one and kept the other for herself.  So many fond memories.  Larry gave me the Marine pin on his last visit home before going overseas.  It was the last gift he gave me and it is a treasure.  I wear it on special occasions such as his birthday, the United States Marine Corps birthday, Veteran's Day and Memorial Day to honor Larry and the sacrifice he made.
Posted by Marsha Reed at 08:42