Well, at least that is what they say.  I wanted to give you all a heads up that I might be away for a few days.  Both of my computers have issues and are going for a check up.  I'm not sure about the desktop, though.  It's ten years old and I may have just worn it out.  Tomorrow will tell the rest of that story.  As for the laptop, we can chalk that one up to the user.  Yup, little old me!  I think I deleted some files I shouldn't have when I did some clean up.  It's not the first time that has happened.  I just have to hope that my computer guru didn't clean my backup off his external drive.  But then, he may be able to add back what I took off without having to do that.  Only time will tell.  I'm not sure how long I'll be without my computers.  Sigh...

In the meantime, I dug out the very first card I ever made.  That was back in October 2010.  I had no idea what I was doing and had to be told a bazillion times what we were doing.  Thankfully, the demonstrator was very patient and just kept repeating until I got it.  I always have a tendency to make things harder than what they are.  :-)  The Lovely As a Tree stamp set is still my favorite from Stampin' Up! 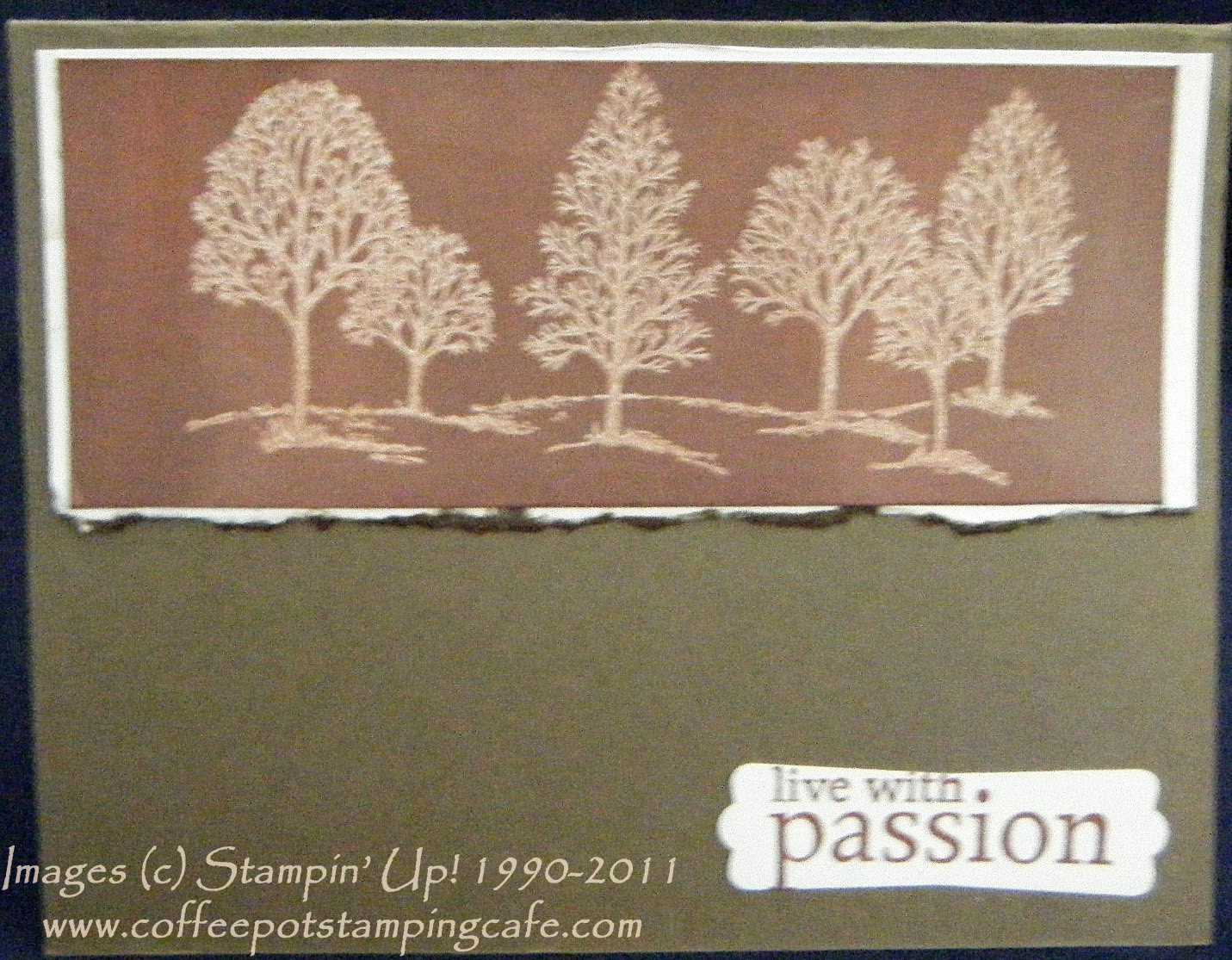 Wow, I'm going to have to retake this as this does not do the card justice and I've learned a lot about photography since I took this shot.

So, I'm shutting down for the night and getting this little critter packed up and ready to roll tomorrow.  It's going to hard to have both computers gone.  Whatever will I do?

Marsha
Posted by Marsha Reed at 23:45

Email ThisBlogThis!Share to TwitterShare to FacebookShare to Pinterest
Labels: Lovely As A Tree, Stampin Up